stand up against injustice?

In the early hours of Sunday 10th October 2021, a young man sustained horrific injuries to his head following a brutal attack by an assailant who used a bottle and an iron bar. The young man was targeted for the simple act of holding hands with his partner in Birmingham’s gay district.

And so we reacted.

Recognising the power of speaking up and being a proud ally of the LGBTQIA+ community, we called on our contacts and used our platforms to secure free out-of-home advertising with support from the editor of the Birmingham Post & Mail.

#HandsAgainstHatred wasn’t created for conversions. It was a reaction piece fuelled by the hurt of the community. With no budget or client, it was created to inspire others to speak up for what’s right, unite communities and spread awareness of the reality that homophobic attacks still occur.

The spark that provoked a social phenomenon. Hands Against Hatred commanded attention from millions of people both online and offline. Social media scrollers and high street bypassers all took in the simple visual centred around one simple act. Holding hands.

What started as a moment to show our support quickly became a widely circulated photo on the net with #HandsAgainstHatred making its way across Birmingham through the power of social media. It was clear that many stood with us in supporting the LGBTQIA+ community and we are proud to know that we stood up for our core values not only as a company, but as individuals. 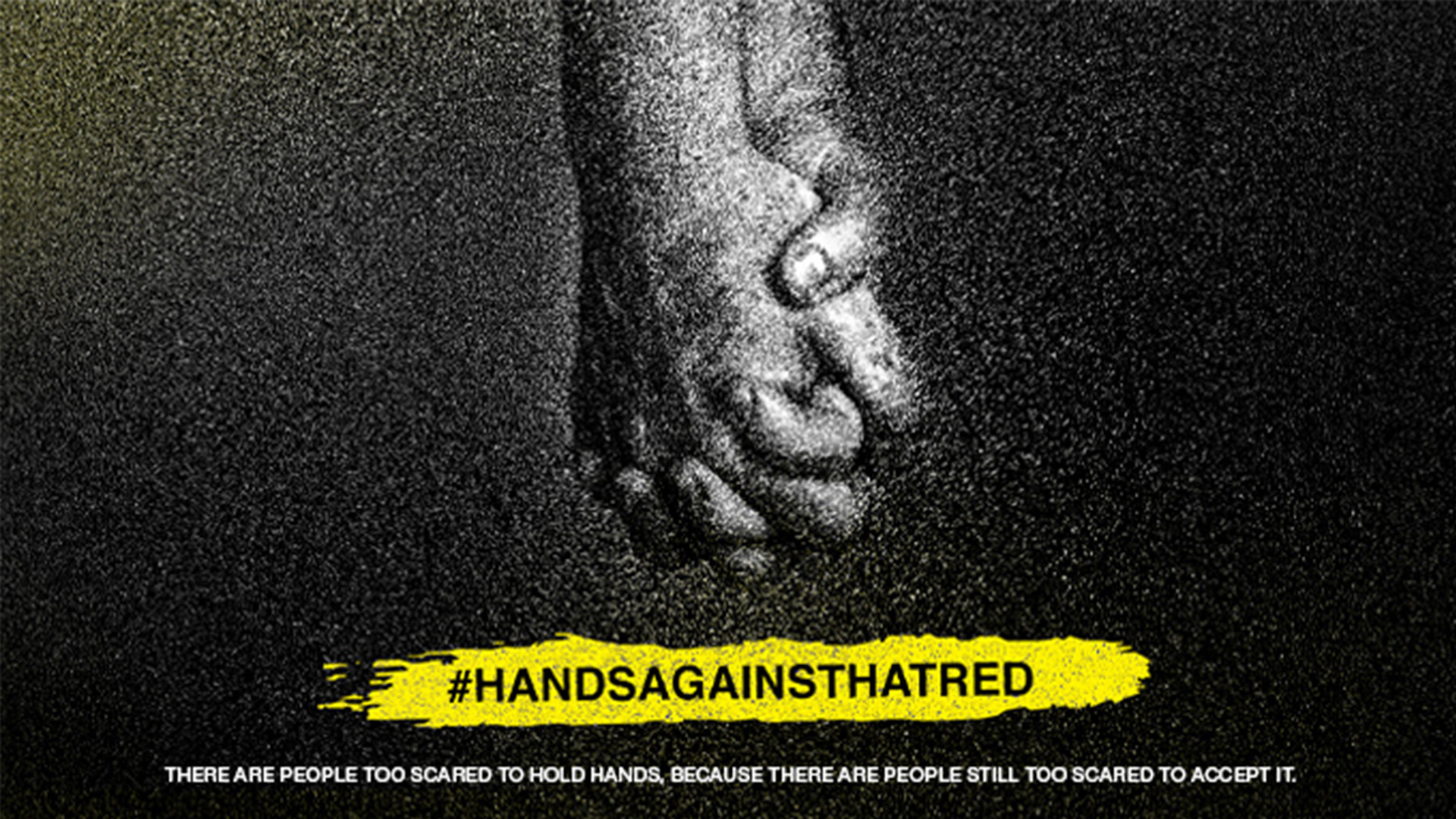 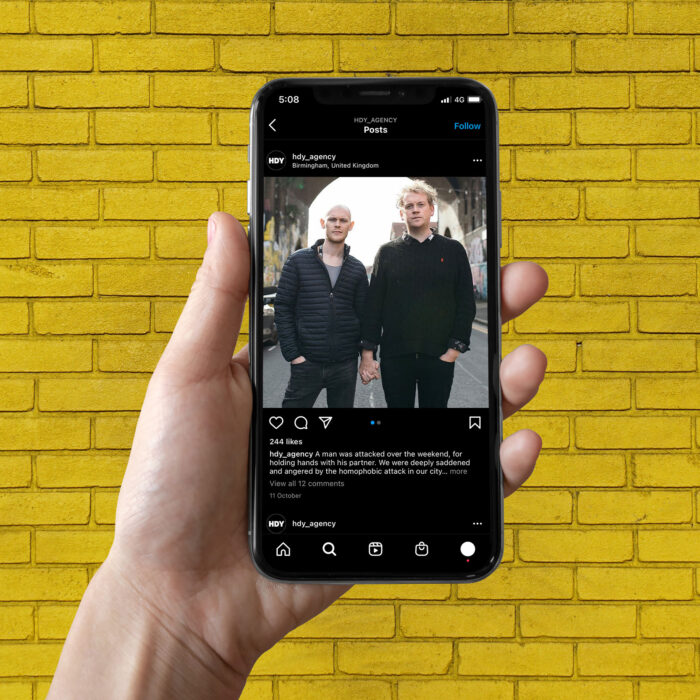 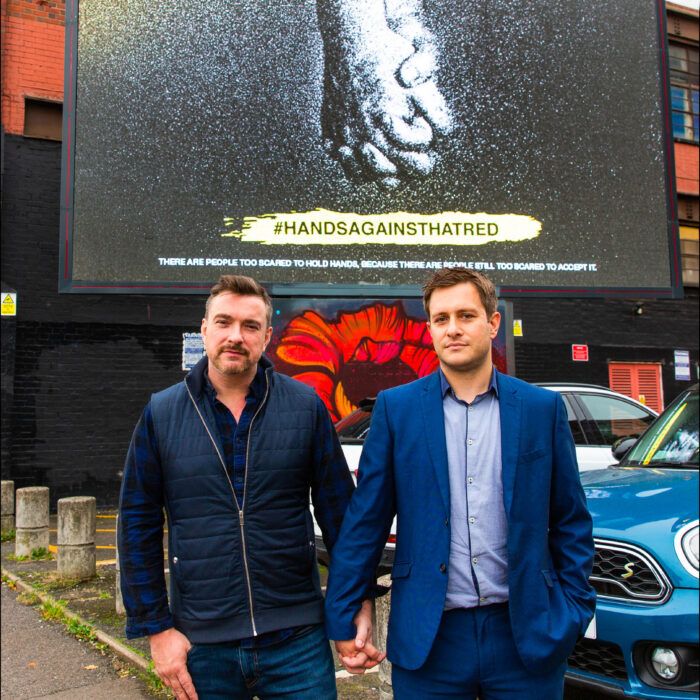